Create an Account - Increase your productivity, customize your experience, and engage in information you care about.

The City of Frisco has a Juvenile Curfew Ordinance which was adopted in 2007. This applies to any person at least 10 years of age and under 17 years of age. The curfew hours are from midnight until 6:00 a.m. daily. For more details, please reference the following information. 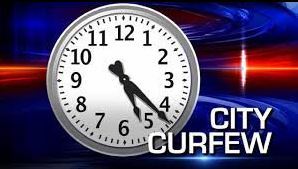 A juvenile commits an offense if the juvenile remains in any public place or on the premises of any establishment within the city during curfew hours.

A parent or guardian of a juvenile commits an offense if such person knowingly permits, or by insufficient control allows, the juvenile to purposefully remain, walk, run, stand, drive, or ride about, in or upon any public place or on the premises of any establishment within the city during curfew hours.

The owner, operator, or any employee of any establishment with the city commits an offense if such person knowingly allows a juvenile to remain upon the premises of the establishment during curfew hours.

Emergency. An unforeseen combination of circumstances or the resulting state that calls for immediate action. The term shall include but not limited to fire, natural disaster, and any automobile accident, or any situation requiring immediate action to prevent serious bodily injury or loss of life.

Establishment. Any privately-owned place of business operated for a profit to which the public is invited, including but not limited to any place of amusement or entertainment.

Guardian. Any person to whom custody of a juvenile has been given by a court order.

Public place. Any place to which the public or a substantial group of the public has access and includes, but is not limited to, streets, highways, and the common areas of schools, hospitals, apartment houses, office buildings, transport facilities, and shops.

Remain. To linger, stay, walk, run, stand, drive or ride; or fail to leave premises when requested to do so by a police officer or the owner, operator, or other person in control of the premises.

It is a defense to prosecution under section 54-133(a) that the juvenile was:

(1) Accompanied by the juvenile's parent or guardian;

(2) On an errand at the direction of the juvenile's parent or guardian, without any detour or stop;

(3) In a motor vehicle involved in interstate travel;

(5) Involved in an emergency;

(9) Married or had been married or had disabilities of minority removed in accordance with Texas Family Code chapter 31, as amended.

It is a defense to prosecution under section 54-133(c) that the owner, operator, or employee of an establishment promptly notified the police department that a juvenile was present on the premises of the establishment during curfew hours and refused to leave.